Home > Articles > Jay Myself – Watch It – Now Available For Streaming

Jay Myself – Watch It – Now Available For Streaming

I would hope you know who Jay Maisel is. For most of us, he needs no introduction. He’s one of the living legends of photography. No doubt, Jay has influenced thousands of photographers over the years. I know he has been a big influence on my work. But Jay is more than just a prolific photographer. He sees things and has a gift for finding an image in something that many of us wouldn’t even raise our cameras to our eyes for.

Forty-eight years ago, Jay bought an old bank building in the Bowery in New York City. This six-story, 36,000-square-foot building became Jay’s home, studio, and repository for many wonders. See, Jay is not just a photographer. He is also the ultimate collector. He finds things just as he finds images. He brings them home and then places them in one of the many rooms he has. He has rooms for all things that are circular, or all things made of glass. He takes things apart and then puts the parts in a drawer.

To meet Jay is a privilege. You know where you stand, and you will know very quickly what he thinks of your photography. A number of years ago, I had a dinner with Jay and other notable photographers in Las Vegas. The evening was one to remember. Jay was the only one to bring a camera to dinner that evening. And while we were eating, his eyes were always looking for a photo. In the middle of dinner, he got up, walked a few feet, and shot a few frames of a server with a tray on her shoulder walking past the pizza oven with the tile and fire backlighting her.

Damn, I was mad that he saw that and took the image. That is what Jay does. He is always seeing. He is a master of color and framing subjects. He finds the photo in things we would just dismiss. He has been doing this for more than fifty years. He has published countless books, and his lectures (if you are lucky enough to ever attend one) will leave you rethinking your photography.

As it turns out, a year or so ago, Jay had to make the tough decision to move out of his building. It was just unsustainable cost-wise, not to mention the practicality of it. So, the question was, what to do with a building busting at the seams with six stories of photos, slides, and, some would say, junk (but I prefer to call it found treasures)?

Enter Stephen Wilkes, who is an incredible photographer in his own right but was also an intern with Jay early in his career. Stephen knew he could not let the story of Jay and his building just fade into oblivion. He set about documenting Jay, his bank building, and his life in the building. This is where the documentary Jay Myself comes in.

I had seen clips of the movie for months but was unable to make any of the theater showings of the film due to scheduling and travel. Then this past week I found that Jay Myself is available on iTunes as well as other streaming services. I was out shooting and testing the new Sony a7r IV when I saw a notice of the film being available on iTunes. I immediately called my wife, Debra, and asked her if I could have a couch date in our family room to watch it. Debra is an amazing wife and partner and likes these kinds of things and photography as much as I do, and the answer was an immediate yes.

So, at 9 p.m. last night, with a bowl of popcorn and our cats all cozied up with us, we watched Jay Myself. I bought the video instead of renting it because I wanted the extras and wanted to have it as part of my library. I knew I would like to share it with friends and watch it myself again and again.

Stephen Wilkes did an amazing job making this movie. As far as I know, he wasn’t a filmmaker, but he was probably the only person that could have coaxed the special comments and moments out of Jay as well as he did. Debra and I sat and laughed, smiled, and once or twice got a bit teary-eyed as we watched Jay go through his building and decide what would stay and what would go. The emotion of it all was well captured in Stephen’s film.

There were interviews with other noted photographers sharing their experiences with Jay over the years as well as some very tender and special moments with his wife and his daughter, Amanda.

I could go on and on. However, the simple thing to do is to find two hours to sit down and watch this amazing documentary of one of the true living legends in photography of our time. Make sure you take the time to watch the extra features after you watch the film. Also, if you haven’t ever owned a book by Jay, then it is time to head over to Amazon or your local bookstore to purchase a few to add to your library.

Thank You, Jay, for making me a better photographer

Thank You, Stephen, for telling this great story

Available On Amazon Prime, Apple iTunes and other streaming services

Two of my favorites: 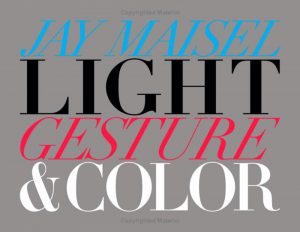 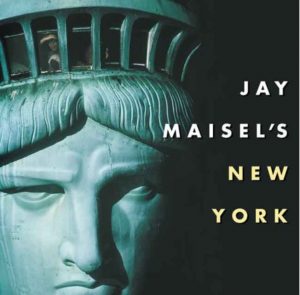