Home > Articles > Behind The Photograph – Boy In The Doorway

Behind The Photograph – Boy In The Doorway

Many years ago ( 2007, I believe), Michael Reichmann, Chris Sanderson, and I walked the Buenos Aires streets. We were headed to Ushuaia, Argentina, on our way to an S. Georgia – Antarctica photography workshop. We spent a couple of days visiting Buenos Aires enjoying the city. This is a rough city, but in our case, ignorance was on our side. Meaning we didn’t actually realize that it was a dangerous place to be walking around, especially in specific neighborhoods with cameras hanging from our necks. We did some walks when we were there, capturing many images in various parts of the city.

One walk was to the waterfront along a river (near La Boca). There were a large number of what appeared to be abandoned ships lining the river’s edge. Lots of rust, and for me, that is a photographer’s heaven. We even boarded a few of these ships and took several photographs. Chris was filming it, and I am sure deep down in his archives, he has that footage. 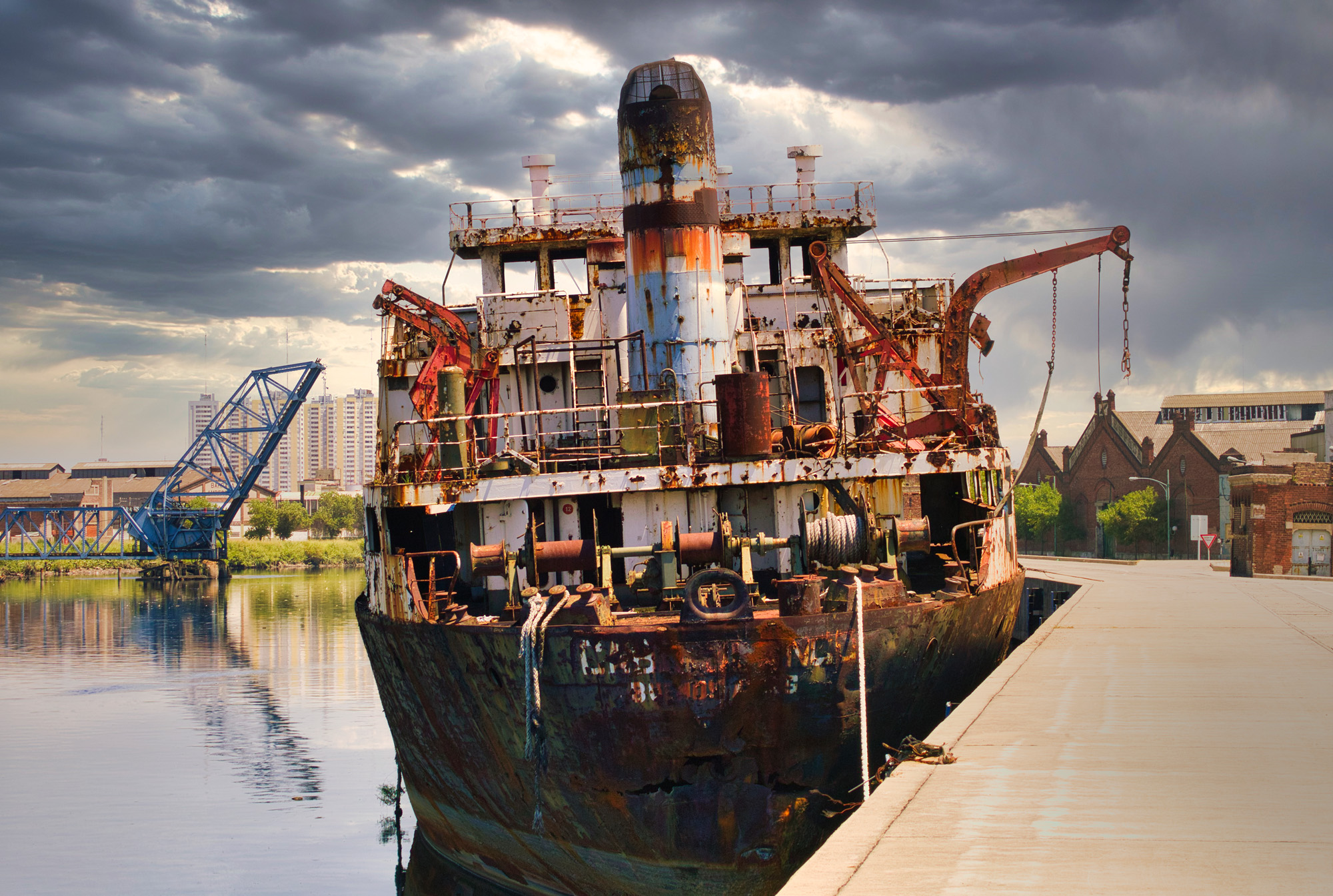 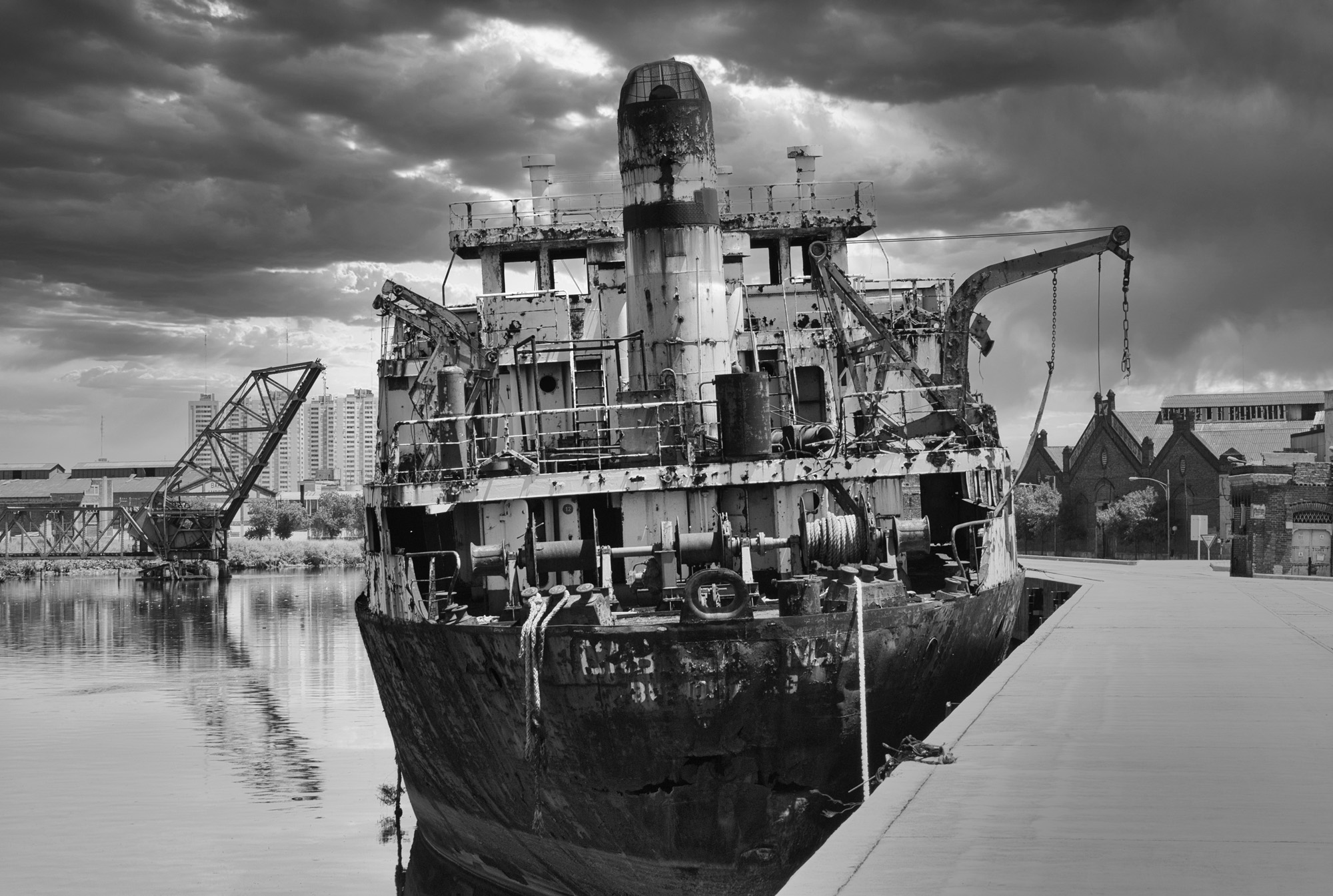 I took hundreds of images and had a field day with textures, peeling paint, and trying to capture the stories behind these abandoned ships.

Apparently, this city area is not the place tourists should be wandering around with big cameras hanging off their necks. After photographing the boats, we headed down a side street. I don’t know who’s bright idea that was, but we walked right down the road as if we owned it. Complete oblivious to knowing the neighborhood we were walking in. I managed to get some fabulous images nonetheless. 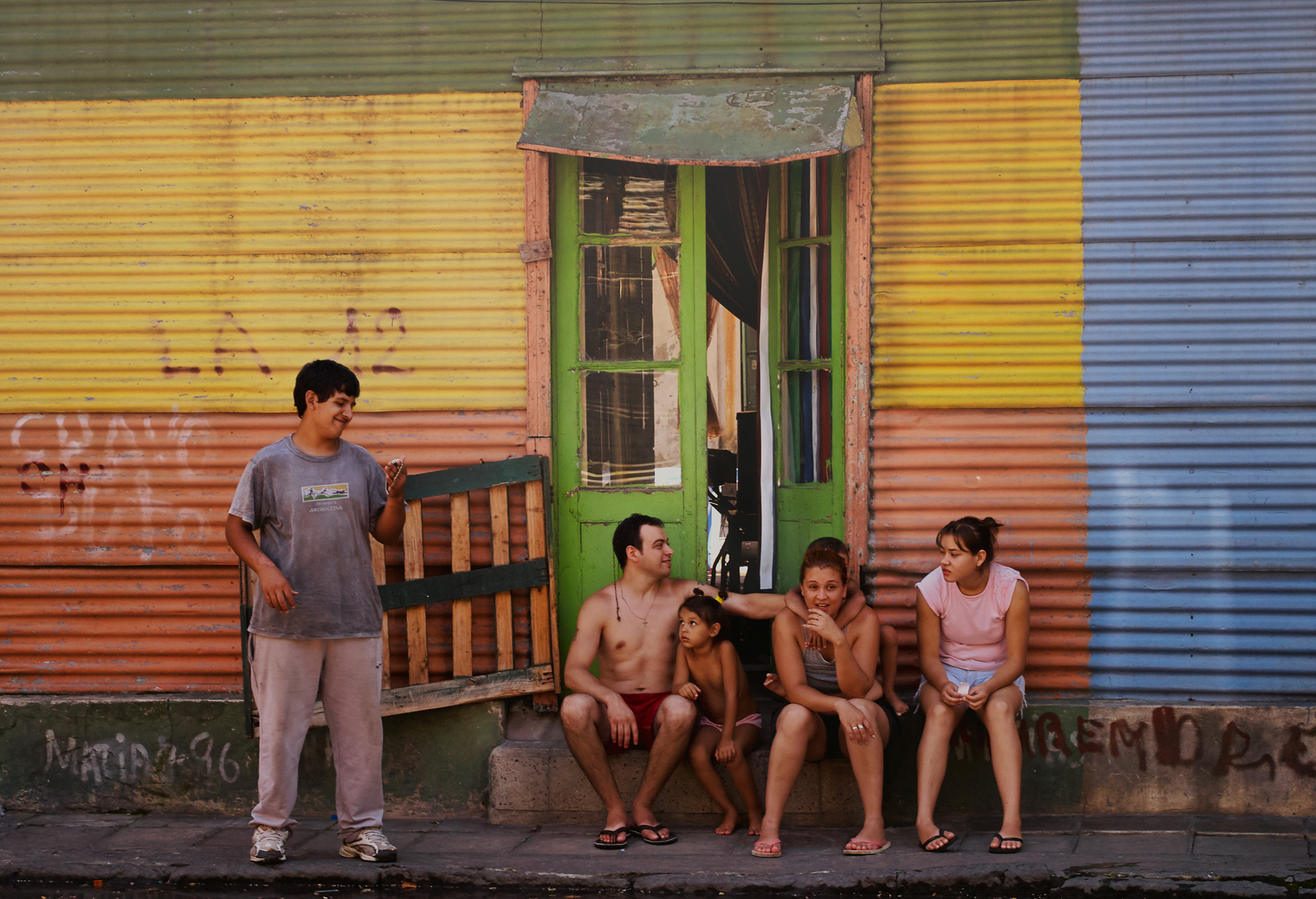 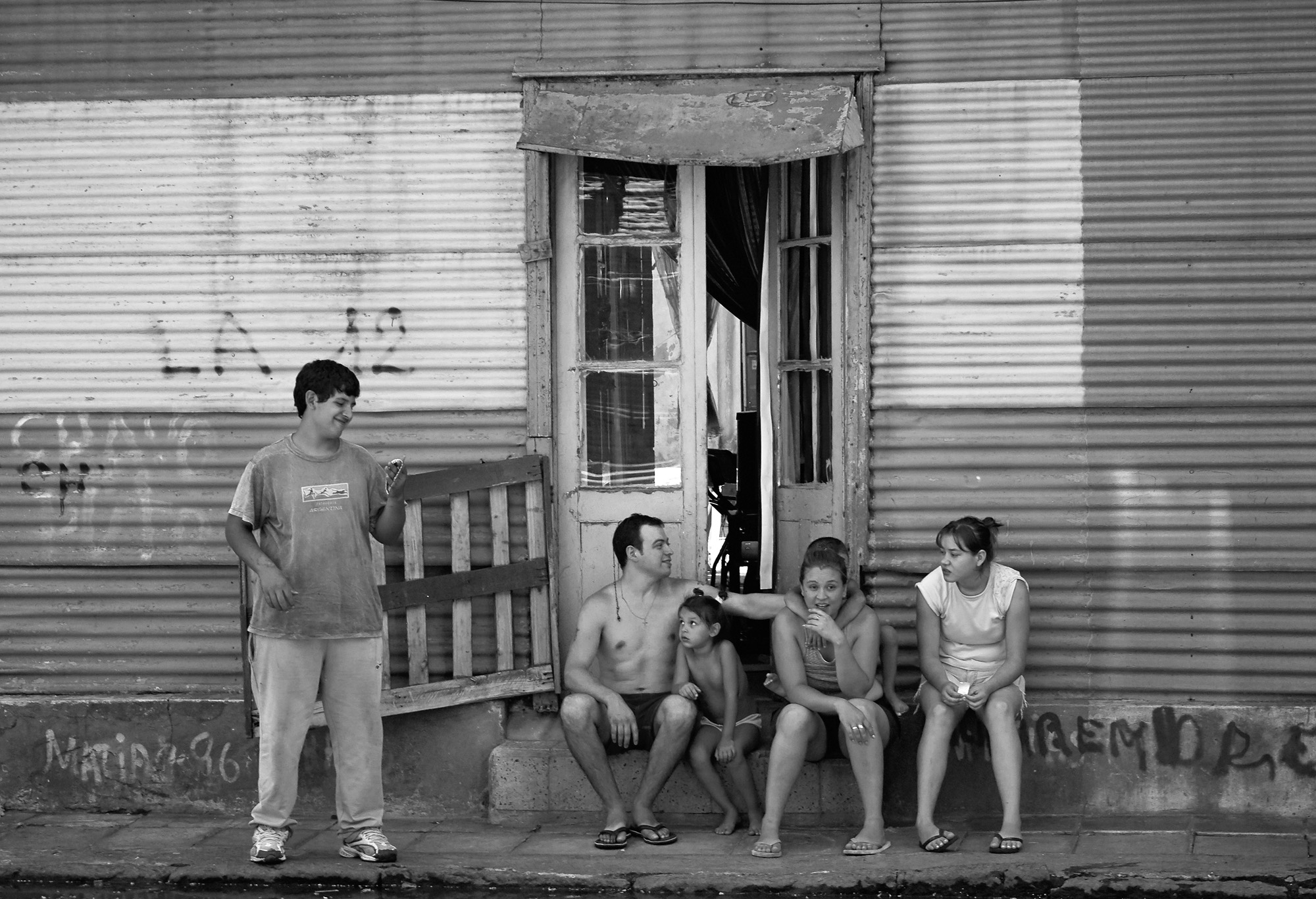 Some folks came up to us a few times and told us we shouldn’t be there, and it was a dangerous area. We took this seriously, but we had to find our way back to the safe zone or tourist area.

In a city you are not familiar with, it’s always good to visit it, especially if you take photographs with like-minded friends. Chris, Michael, and I were on a mission. Our eyes were always wandering, and our cameras were up to our eyes. Because there were several of us, we didn’t make effortless targets for street crimes that happen in Buenos Aires the most. 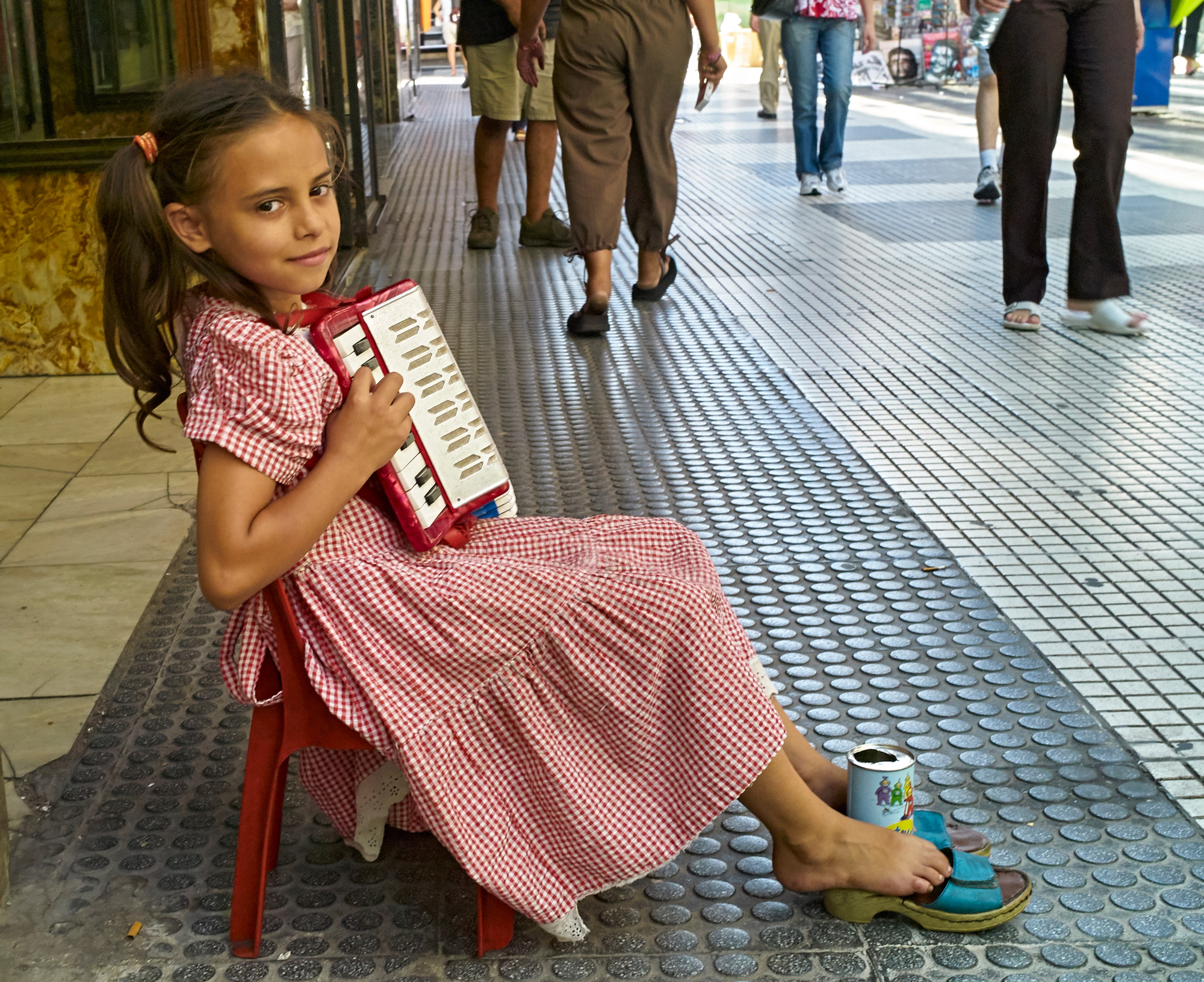 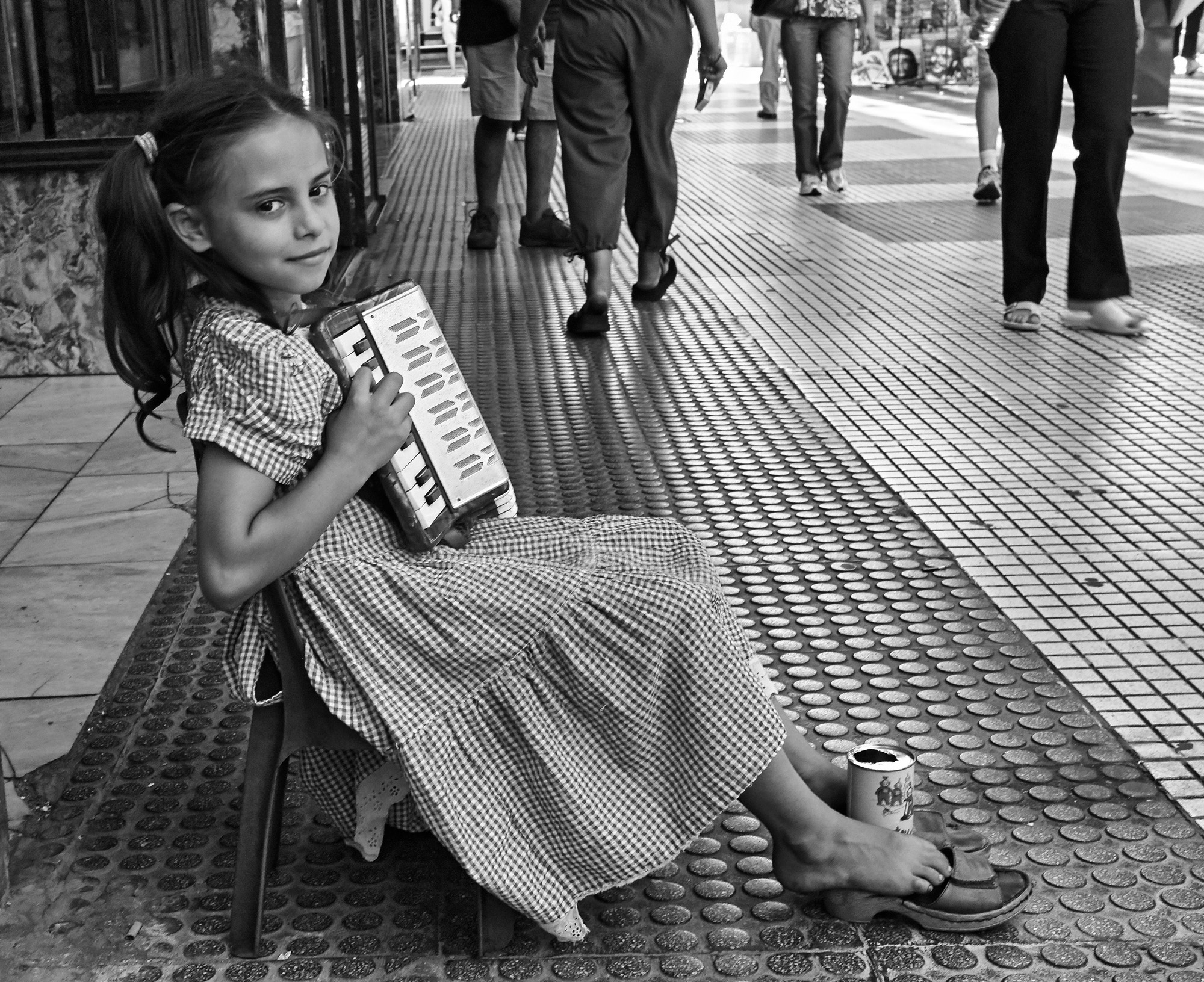 On this trip, two members of our trip’s group were mugged and robbed, and one had his leg broken. They were walking the streets early in the morning, and a gang attacked them. Looking back, I don’t think the three of us should have been a few places that we were. But we survived, and we all got some great images. The images I have shared in this article were shot with a Leica M8. I shared the photos in color as well as black and white. For much of the street shooting I am doing, I usually convert to black and white but like to see the color option.

The Boy In The Doorway

Spontaneous shooting made this image possible. It’s one of my best-selling images. We were walking on some side streets again. Michael didn’t like to stay on the beaten path. As we were walking, I saw this boy exit a small store. He had bought what looked like a bag of Doritos. He walked a short distance as we got closer to him and propped himself against the wall of a closed store. The walls were painted this gorgeous yellow, and the sliding security door was this bright green. The sidewalk was red brick.

I was shooting with a Canon 5d with a 70-200mm lens. I started to take pictures from the other side of the street as all of this was happening. As we got perpendicular to the boy, I saw the shot as vertical. I quickly adjusted the zoom and tuned the camera vertically. I shot a few images, but I knew I wanted the vertical yellow column on the left and not overwhelm the image. The strength of the composition is the green color security gate with all the horizontal lines. The boys just happened to sit down at the intersecting points.

He, of course, is sitting at right angles too. Your eye is drawn to the boy, and you see him staring straight ahead. He is clutching his bag of chips. His right arm is at 90 degrees matching the direction of his legs. Then you have his sneakers. Notice how the bricks are set vertical to emphasize the strong lines in the image and draw your eye into the scene.

For me, this image was captured very instinctually. I saw, and I had to catch it before the boys looked at us, and someone else would walk into the picture. Somehow over the years, a photographer’s vision evolves, and the whole composition process almost becomes automatic or subconscious. You don’t think about it but react to what you see. You also learn how t see an image coming your way.

Some people would have shot this differently. Many would have zoomed in on the boy. Most would have composed horizontally. In this case, it was about color and gesture. It reminds me of a Jay Maisel quote (he has a lot of them), “Gesture can triumph over anything because of its narrative content” — Jay Maisel. It certainly did with this image.

Now with travel and restrictions easing up, it is time to get back out there. Wander the back roads or city streets and let your eyes enjoy what they have been missing, and exercise your shutter finger. More than anything, open your eyes and see all the possibilities of great images that are around you. Oh, and have fun doing it. 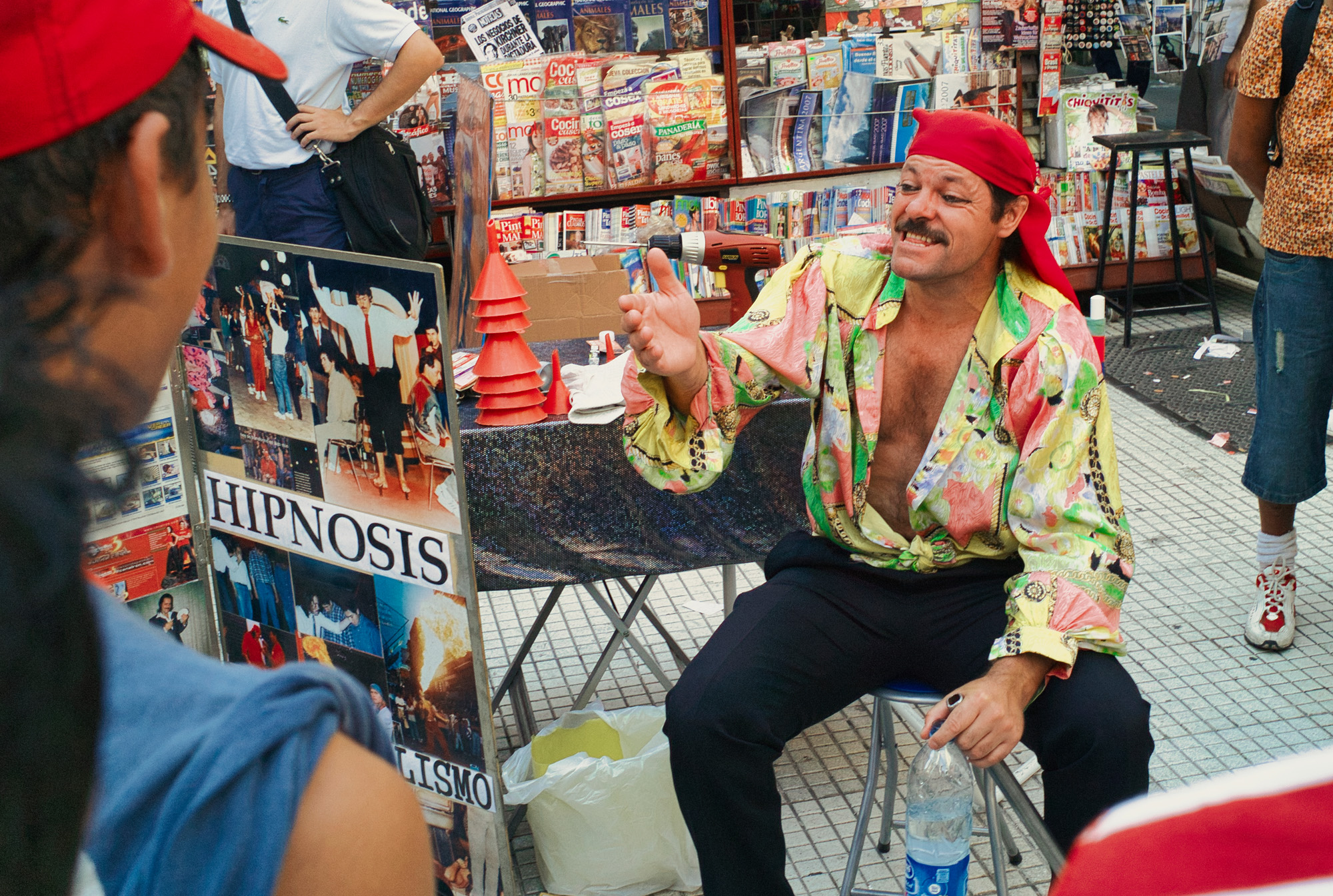 I Have A Deal For You