Fuji has certainly been staying active in the camera market with its new X-Series cameras, and especially its Full Format Cameras: the GFX 100, 50r, and 50s.

But the company seemed to hit a nerve the other day when it announced its new X-Pro 3 camera.

I have owned two X-Pro 1 and the X-Pro 2 cameras and have always thought of them as the cameras that Leica should have made but didn’t. They were rangefinder-style cameras with an electronic viewfinder (EVF) and auto-focus. It was truly brilliant engineering that produced a camera that allowed you to have a digital camera with an optical viewfinder; and, with a switch of a lever, have a camera with an EVF.

Like its little sister camera, the XT100 camera was kind of a retro camera aimed at a niche market. I loved the X-Pro 2  camera for street shooting, and when I paired it with the FUJIFILM XF 23mm f/1.4 R lens, it was the perfect camera. I sold the X-Pro 2 a few months ago with the full intention of purchasing the new rumored (until now) X-Pro 3 camera.

Just a few days ago, Fuji made the announcement of its new X-Pro 3 and boy, did the news hit some nerves. Fuji has guts and I admire that the company is willing to try new things and be innovative with its design. Just look at what they did with the XH-1, XT-3 and especially the Full Format range of cameras, like the GFX 100. However, this time, it has upset a few of its loyal fans with the new design of the X-Pro 3.

The new version of the X-Pro 3 due out in late October has sort of the same design, but with some major changes. 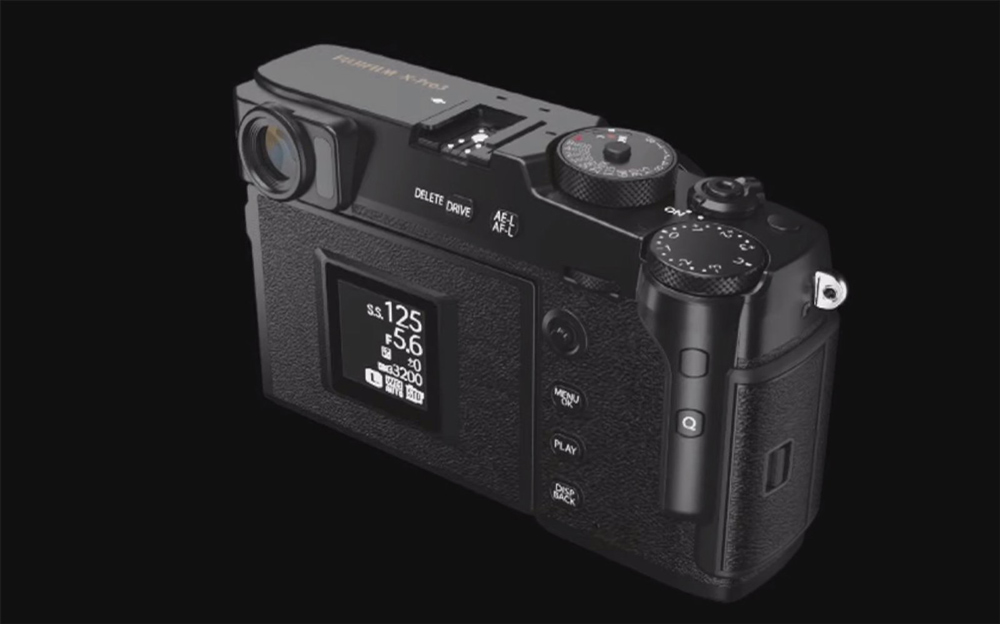 First, the camera will be made out of titanium, which is a lot more durable than the aluminum alloys that current cameras are made of. This most likely will raise the price of the camera, but we will have to wait and see.

The other major change is the rear screen, which is now folded in so it can’t be seen. On the side that is visible is a small screen much like past film label holders on film cameras. It displays current info about the present camera setup, similar to the display screen on top of the XH-1.

What everyone seems to have gone nuts over is that to view the rear screen, you need to pull it out and down to review your work. This has never been done before with any camera that I am aware of. 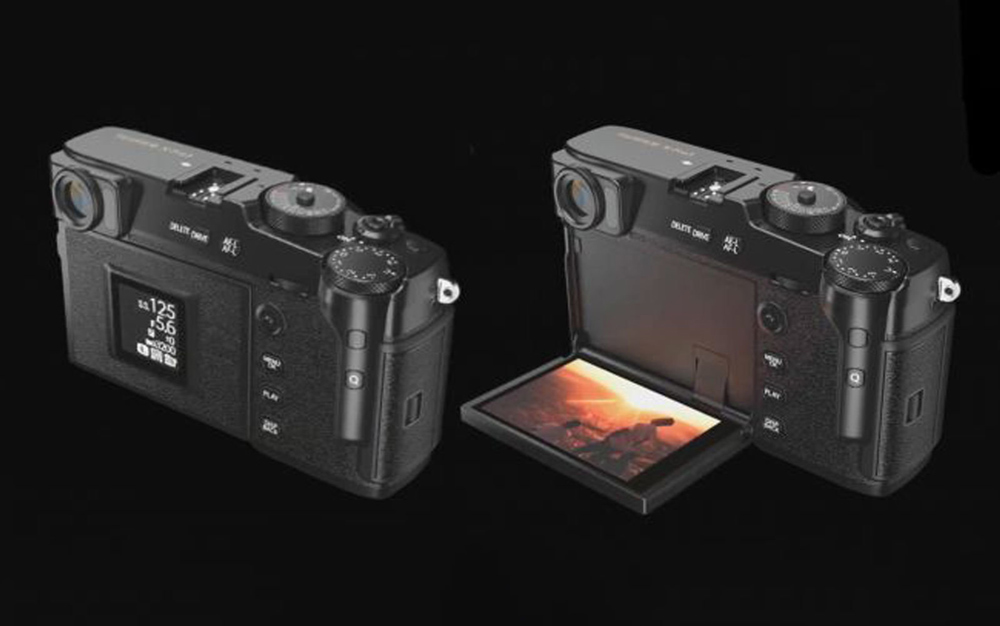 In some ways, I think it is brilliant. As a serious street shooter, I have the rear screen turned off most of the time when I shoot so I don’t attract attention. However, there are times where I use the rear screen to discreetly take a photo when I don’t want the camera up to my eye. There are other times when I have a camera on a tripod and I may do a lot of composing using the rear screen.

Now all of this is rather strange as Fuji has shown already that with the XT-3 and GFX cameras, which both have rear screens that not only can be used in a horizontal tilt out and but also a vertical tilt out. I find the idea intriguing, but like many others, I’m questioning it. There are a lot of forums where readers are saying they won’t buy the camera and they don’t like it.

I am the kind of person who will wait until I have a camera in my hand to pass judgment. I kind of think the idea is that many street shooters don’t want to be bothered looking (chimping) at their images while working. That could be so, but who doesn’t want to take a peak and chimp once in a while?

I am going to wait and see what the camera really looks like and, more than anything else feels like once I have it in my hands. The move could be pure brilliance, or it could be a bust. Heck, I wonder what people would have said about the first iPhone when it was introduced if they saw it in a pre-announcement. Many would have said Apple was crazy for putting a phone out without buttons.

So, let’s calm down and wait to get our hands on the X-Pro 3, and see if the new idea makes sense. Keep an open mind. You might just like it.