The Insta360 One X has an amazingly sleek design. You have two buttons that can easily control your modes and a nice screen so you can see what your settings are. I like this feature because you don’t have to go into your mobile device to ensure you are in the correct settings. This has been an issue with previous models of 360 cameras and I was very happy to see this addition. 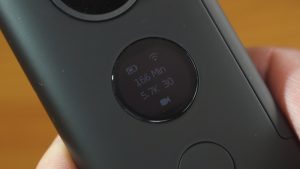 The Insta360 One X comes with a neoprene case which is a necessity to keep your lenses from getting scratched or damaged while not in use. Some have critiqued this case because does not have a hard shell as the Insta360 One had. Personally, I like this case better because it can easily be crushed up and tossed in my pocket while I am using the camera.

I also have been using the Bullet Time selfie stick which is a great tool and built very well. The Bullet Time effect, named after The Matrix, is really fun to play with and works best in situations where things are floating in the air. Perhaps some bubbles, smoke or confetti.

While using this product I only had one battery and I do wish it lasted longer, but you can always add an additional battery to your kit. You can also charge the battery in the camera by connecting it to a power source via the USB port. It is possible to charge while in use but this could prove problematic with the invisible selfie stick look. 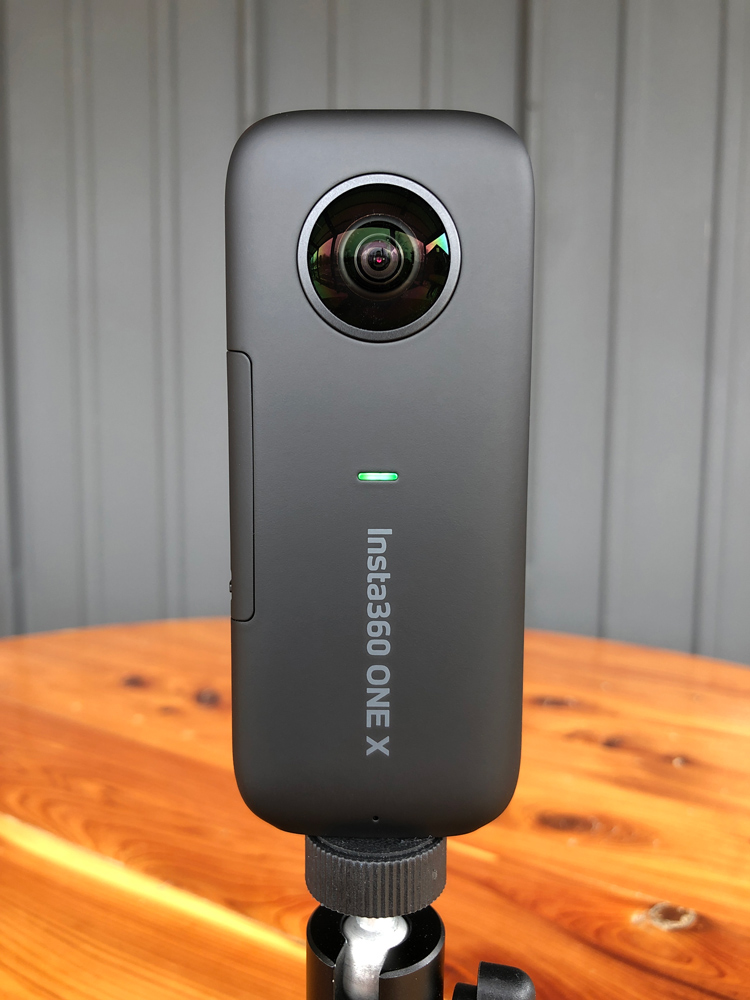 The audio quality is poor, but that’s to be expected with a camera this size. This is a tiny camera which means it has a tiny microphone. It certainly is useable in some circumstances but in my test, I was outdoors and had to deal with wind noise. Plus, I had the camera a good distance from me on the selfie stick and it really did not allow for useable audio. 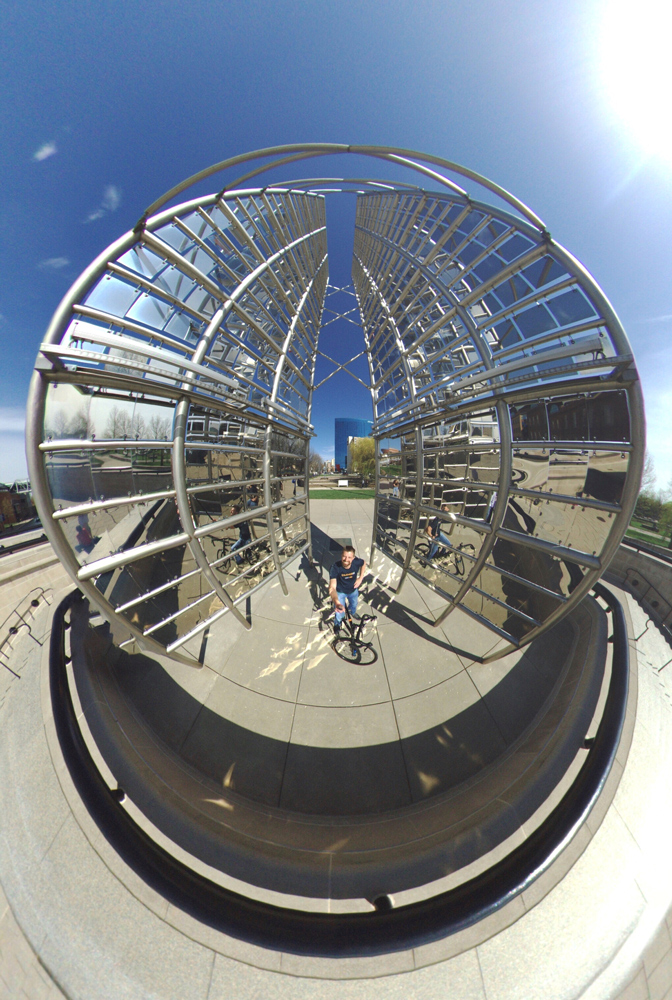 It has great FlowState Stabilization so you can achieve nice smooth video. I am still amazed at the ability to edit after the fact. Having the opportunity to change viewpoints or camera angles in post-production is really amazing.

The 5.7K video capture has excellent quality and can even be integrated with other mirrorless cameras to add a new creative viewpoint to your videos.

Other features include TimeShift, 360 Degree Capture, Invisible Selfie Stick, Cinematic Slo-Mo and an 18-megapixel DNG photo capture including up to 4 stops of HDR, allowing for pretty incredible images. 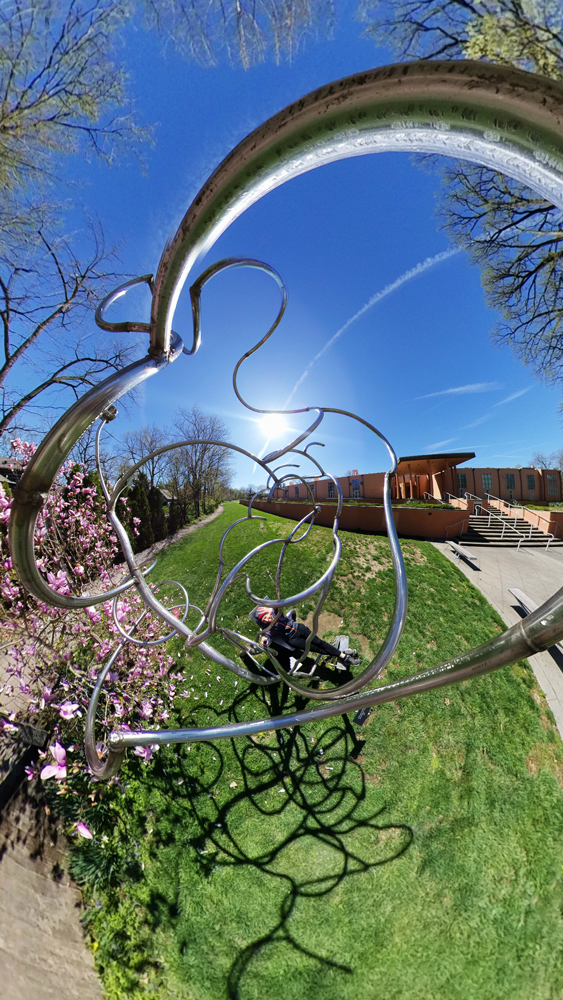 The mobile app took some getting used to, but once I figured out a workflow I was able to achieve some really cool clips that I could insert into my Adobe Premiere Pro projects. I have yet to play with the Live feature but I am looking forward to trying that out soon.

The desktop app was another story. It has a lot of limitations. I thought it was odd that the app had more functionality than the desktop app, but after thinking about the intended audience it made more sense to me. One of the biggest hurdles was not being able to undo and action in the desktop app. It because cumbersome if I made a mistake to return to where I was previously. I also wish they would include the TimeShift feature in the desktop app. After I got over my obsession with mini planet images the TimeShift became my favorite feature of the camera. 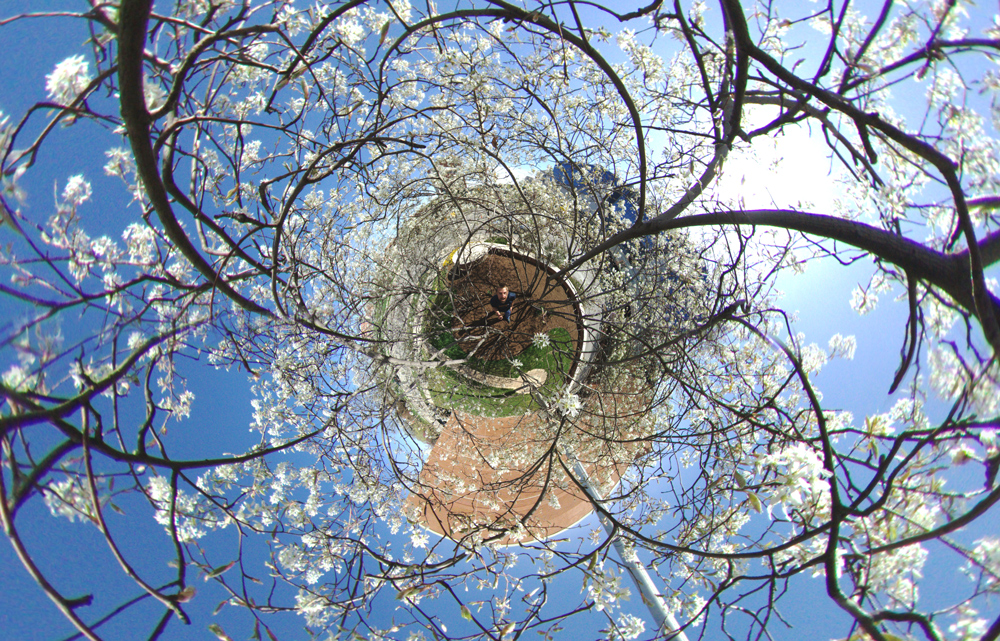 The thing I like most about this camera is that you don’t need to think about it. It allows you to be in the moment and go back to tell your story later.

I am relatively new to the world of 360 photos and video but I did have the opportunity to use the Insta360 One and this new version is a giant leap forward. 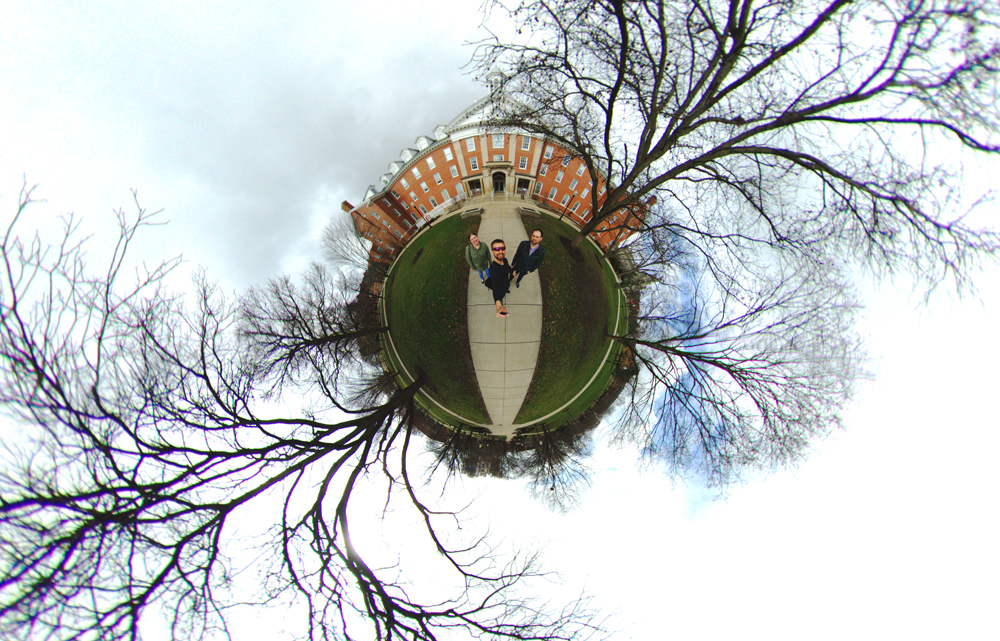 You can tell that Insta360 company listened and learned from their users to develop a system that simply works.

I found myself creatively inspired by this product. It took my traditional way of approaching a scene or thinking about a shot and flipped it on its head. This product would be great for Instagram users who want to create short and unique clips for their posts or stories. I also believe the quality will work for YouTubers or vloggers looking to integrate creative shots into their videos. 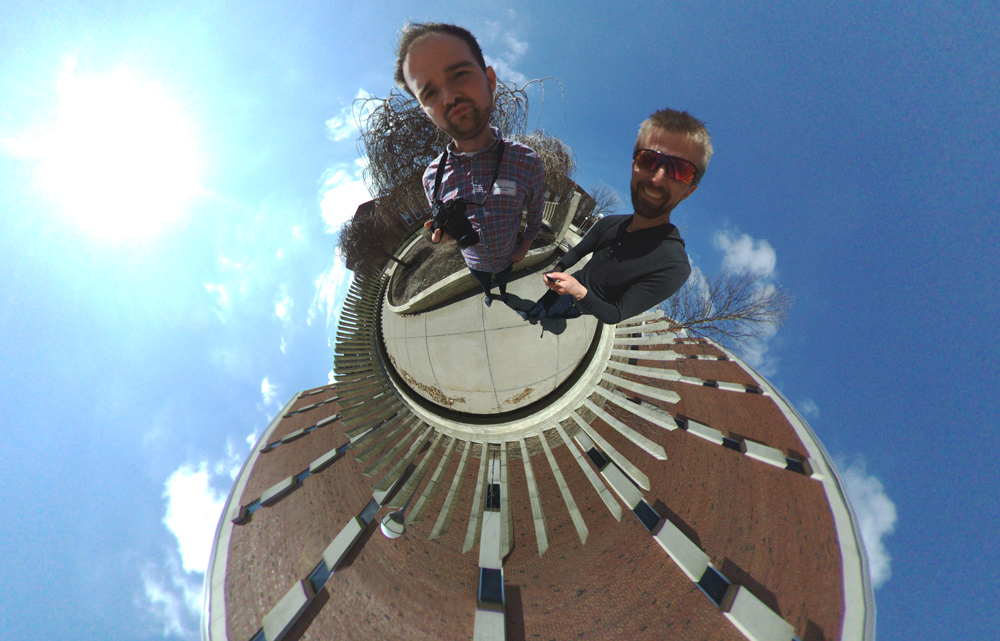 Overall, it has been great fun using this product and I can certainly see myself adding it to my gear list. The Insta360 One X currently retails for $399.95. I would certainly recommend the Bullet Time selfie stick and maybe an extra battery or two as well.

The Insta 360 One X can be purchased at:
Amazon
B&H Photo 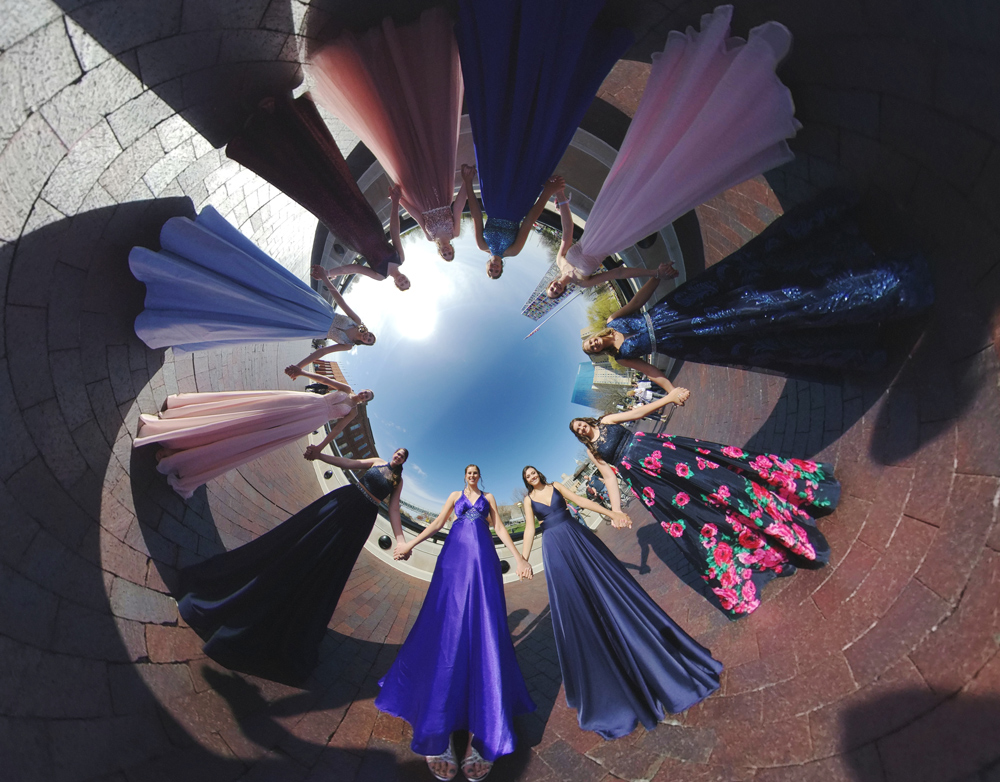